Bitcoin Metric Is Flashing buy For First Time Since March 2020!

The "Investor Tool" is now telling the market that "outsized returns" are due for anyone who buys Bitcoin now.

Bitcoin (BTC) bulls may only need a pair of simple moving averages (SMAs) to determine if the bottom is in this halving cycle.

The Investor Tool is a simple yet effective BTC price metric showing the potential for buyers to enjoy “outsized” returns.

Its creator, LookIntoBitcoin founder Philip Swift, aimed to deduce when BTC/USD is likely overbought or oversold.

The metric uses the two-year SMA and its 5x multiple. The two lines are plotted against spot price and have historically performed well at catching both generational tops and bottoms.

Now, BTC/USD is below the two-year SMA for the first time since March 2020, having crossed the line around one week before the Terra LUNA, now known as Luna Classic (LUNC), debacle sent Bitcoin to ten-month lows.

“Bitcoin Simple Moving Averages are edge when navigating bear markets,” Checkmate commented, adding that it had “entered the generational zone.” 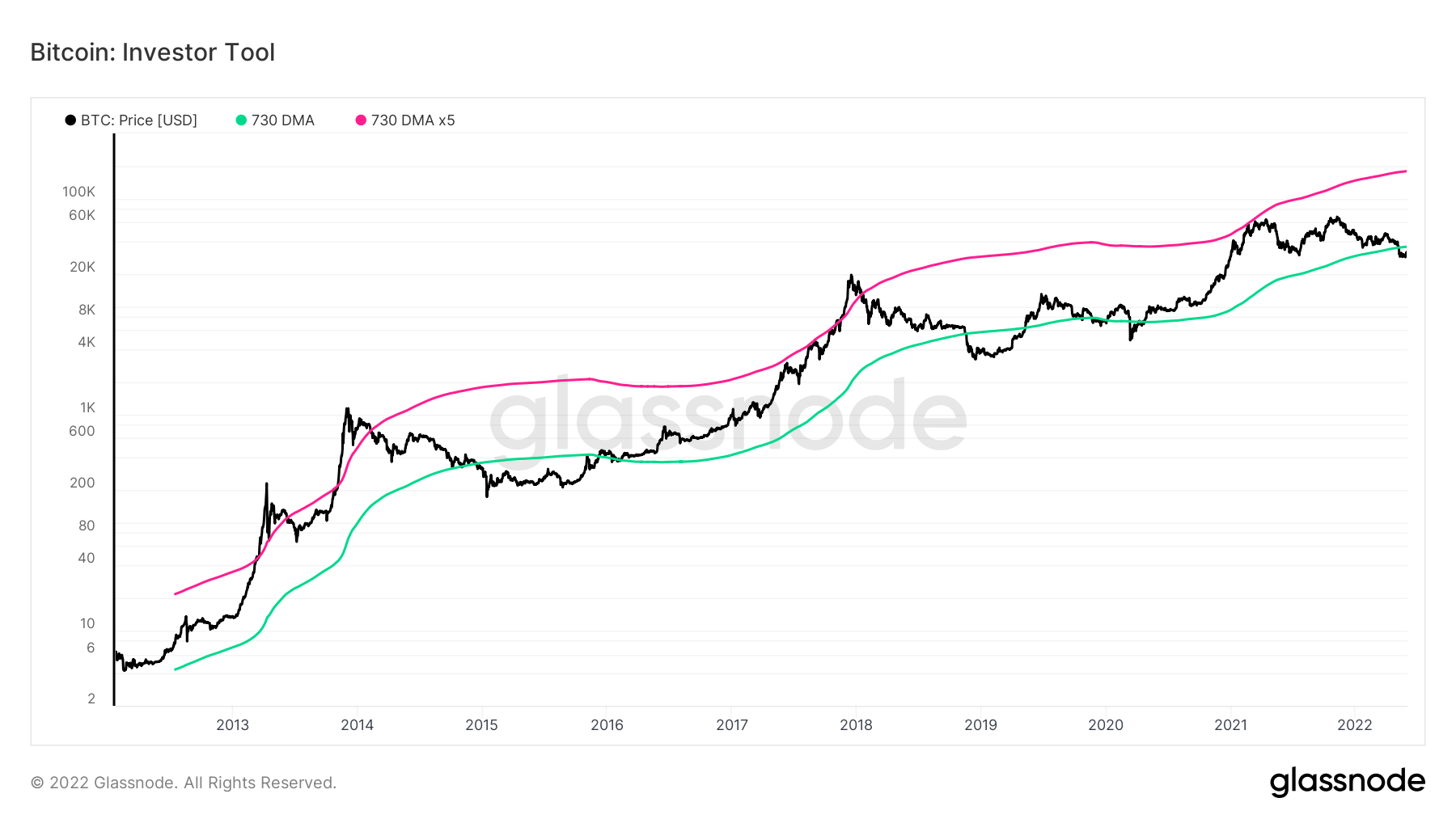 While Bitcoin bulls are hardly out of the woods at $30,000, the Investor Tool's readings strengthen a narrative that is only just beginning to emerge among analysts.

As Cointelegraph reported, Arthur Hayes, former CEO of derivatives giant BitMEX, this week suggested that May's Terra-inspired trip to $23,800 may in fact mark a long-term BTC price floor after all.

Despite a large number of predictions calling for a crash to as low as $14,000, historical patterns may yet play a role in securing Bitcoin at or near current levels.

Even the Terra episode, itself, in which nonprofit the Luna Foundation Guard (LFG) liquidated 80,000 BTC, could have cemented solid support, Hayes wrote.

"At the bottom, a typically impervious strong hand can be forced to sell because of uneconomical arrangements festering in their trading books.

The LFG is such a seller. To puke 80,000 physical Bitcoin is quite a feat," he explained.

"After contemplating the nature in which these Bitcoins were sold, I am even more confident that the $25,000 — $27,000 zone for Bitcoin is this cycle’s bottom." Cointelegraph!