Bitcoin price action goes from $45,000 to $40,800 in 48 hours thanks to an increasingly volatile macro environment. Bitcoin (BTC) bent to new macro pressures on March 4 after bulls failed to hold $42,000 for long.

Overnight performance, initially showing a recovery, had been stymied by worries over a nuclear power plant fire in Ukraine.

Stocks futures fell on the news, the severity of which was subsequently questioned. 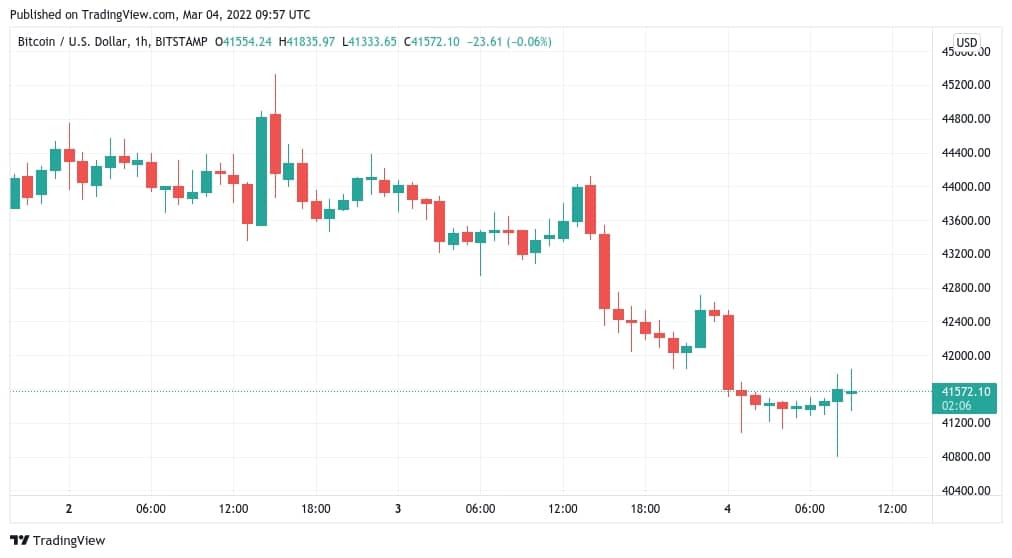 In Germany, the DAX index hit a one-year low on the daily open, with the S&P 500 yet to commence trading.

“Investors are turning their backs on Europe as the risk of stagflation increases. This means that Europe“s comeback has failed yet again. 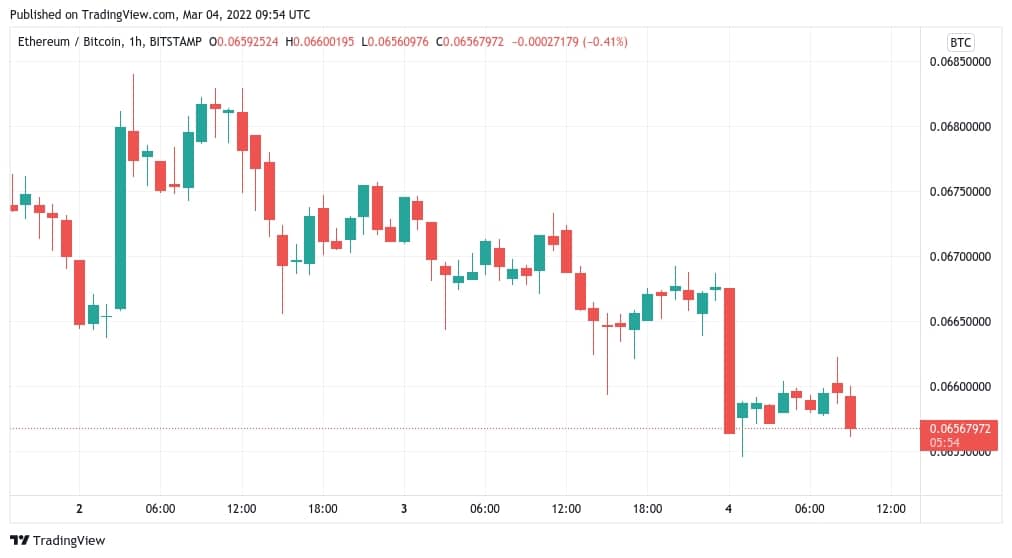 In Europe, the spotlight was also on commodities with gas prices again touching new highs on March 3. So, too, was inflation.

A cautious Crypto Ed thus laid out the near-term prognosis for Bitcoin with some trepidation.

“So, really need that 5th leg. A deeper drop from here is bad news for the possibility of that 5th leg..... Especially when losing 40k again, we can skip the bullish vibes and start looking for shorts,” he warned on the day.

No Let-Up For Short-Term Altcoin Performance

Altcoins characteristically suffered as Bitcoin continued to dip, with attention focused on Ether (ETH) and its trend vs. BTC

Already struggling, sentiment took a further hit from the news that Metamask was preparing to block ETH transactions in Venezuela in order to comply with government regulations.

“By default, MetaMask accesses the blockchain via Infura, which is unavailable in certain jurisdictions due to legal compliance,” a blog post announced Thursday.

The top ten cryptocurrencies by market cap were led by Solana (SOL) in terms of daily losses, SOL/USD down nearly 7%. Cointelegraph!