How Can Telecom Companies Enable The Metaverse?

The metaverse needs ubiquitous high-bandwidth, low-latency communications and will require new user equipment unlike anything that’s been used on mobile networks before.

Getting the metaverse to work at scale will require a flexible and performant foundation, and the people making the metaverse are depending on telecom companies to play a vital role in the ecosystem. 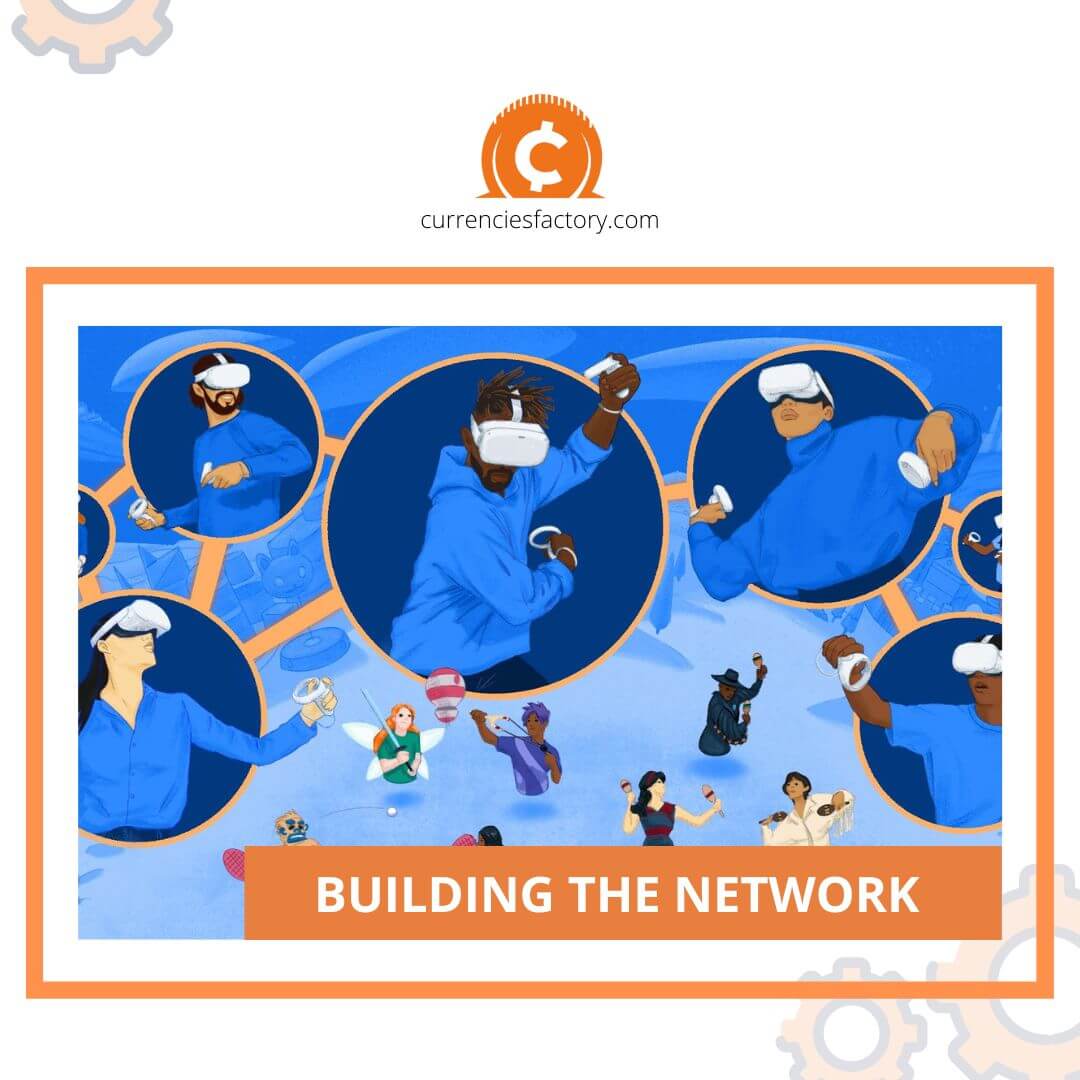 With metaverse technology still either nascent or theoretical, it’s far too soon to see how the market will shake out.

But that isn’t stopping some Communication Service Providers (CSPs) to jockey for an early market position, even as the metaverse market still incubates.

The metaverse has been described as a “spatial internet,” a three-dimensional reinterpretation of internet technology.

That can include fully immersive virtual reality (VR) in some cases, augmented reality (AR) – images or contextually meaningful data overlaid on a user’s view of their surroundings, and mixed reality (MR), a blending of the two.

The purposes of the metaverse run from the sublime to the mundane.

Its proponents, like the rebranded Facebook company Meta, say it’ll be a place for consumers to shop and play.

Companies like Nvidia and Siemens see it as a training ground for smarter, more efficient AI and industrial manufacturing processes.

Whatever the metaverse turns out to be, there’s work to be done on the network side to get it to function.

But even that isn’t enough, asserted Meta’s VP of connectivity Dan Rabinovitsj in a blog post.

“This opportunity calls for vast enhancements in capacity and fundamental shifts in how networks are architected and deployed, as well as an industry-wide collaboration — from tech companies to mobile operators, service providers, policymakers, and more — to prepare for the metaverse,” wrote Rabinovitsj.

They point to emerging edge-cloud rendering technology as the key to maximizing that bandwidth and segmenting network traffic effectively to make the metaverse work at scale.

Redistributing compute and storage closer to the user reduces latency. The better distributed those resources are, the more customers can connect to the metaverse.

Meta has opened the doors to telco collaboration to bring its vision to the next stage.

“We must lock arms,” said Meta’s Dan Rampton. Rampton is director of engineering at Meta.

Speaking at Connect EXPO in Denver earlier this year, Rampton acknowledged, “There won’t just be one metaverse; this will be a collaboration across companies and experiences […] that will make this happen.” 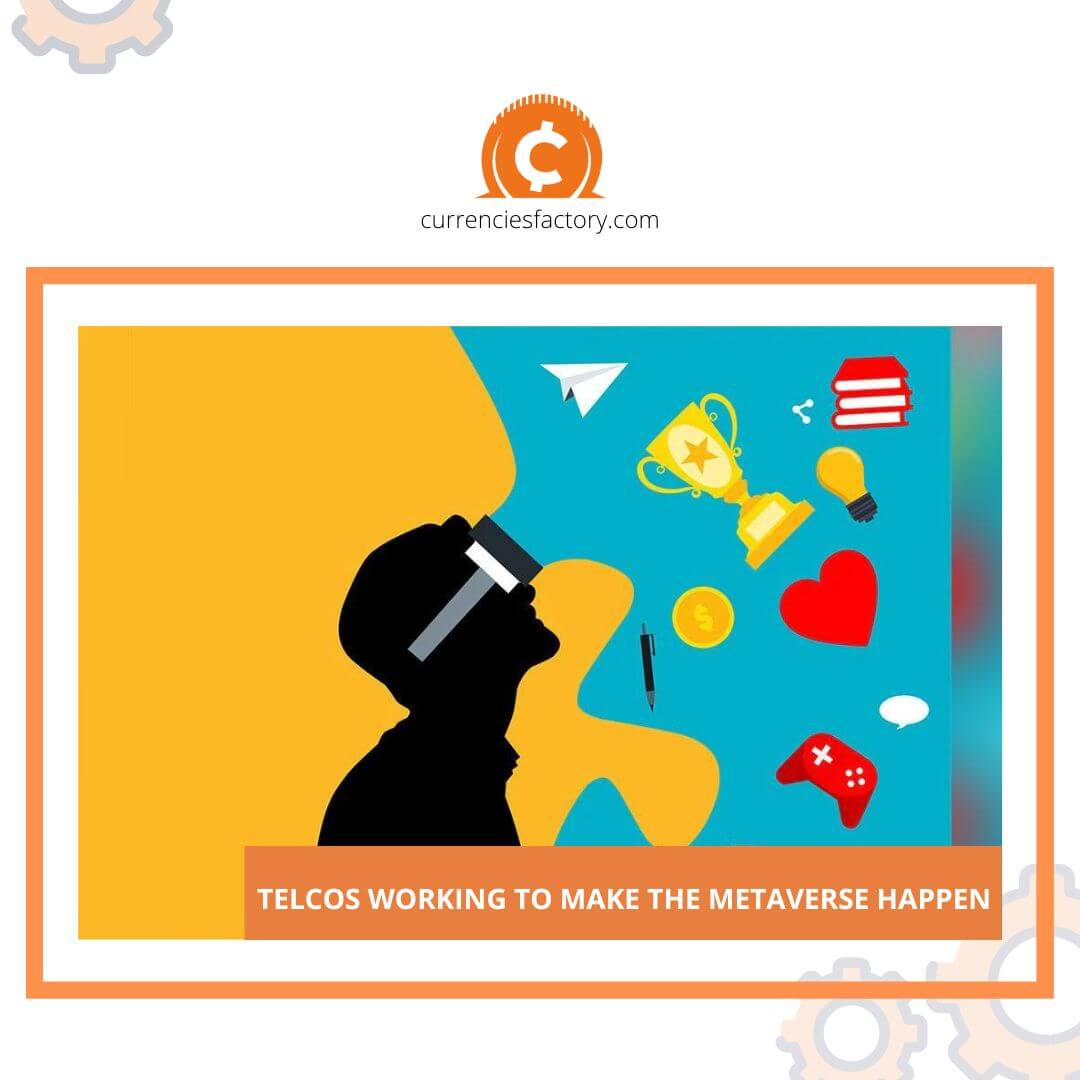 Meta says that symmetrical bandwidth is a must-have, along with latency of 25 ms or less.

Meta has emphasized the need for an expansion of Internet Exchange Points (IXPs) throughout the United States and internationally, to better handle the massive amount of backhaul data that will be generated by metaverse apps and user equipment.

Meta is now in partnership with Telefónica and Verizon to build proofs of concept and testbeds to develop the networking and cloud tech that will glue the metaverse together.

Verizon VP Rima Qureshi told investors that the company’s efforts are “to understand the foundational requirements for the metaverse and its applications.”

Verizon and Meta want “to measure the impact of edge computing on key application performance metrics and evaluate where our network capabilities can enable more powerful metaverse-optimized applications,” she added.

Telefónica wants to incubate the tech right from the start. The company is working on a metaverse “innovation hub” with Meta – a 5G laboratory equipped with “a metaverse end-to-end testbed on Meta and Telefónica’s network infrastructure and equipment.”

Telefónica has invited tech startups in the metaverse space to participate.

Deutsche Telekom (DT) and South Korean telco SK Telecom have collaborated on a metaverse platform of their own.

Ifland is a 5G-based metaverse that SK Telecom first launched in its home market last year.

DT and SK Telecom announced their plans in May, to make “a virtual space modeled after a specific city in Germany” using the ifland platform.

The metaverse needs a big networking lift, with telcos playing a central role

Telcos will be front and center when it comes to providing networking infrastructure to make the metaverse work.

Early requirements for the metaverse suggest that Communication Service Providers (CSPs) have a lot more work to do before the metaverse can operate, however. 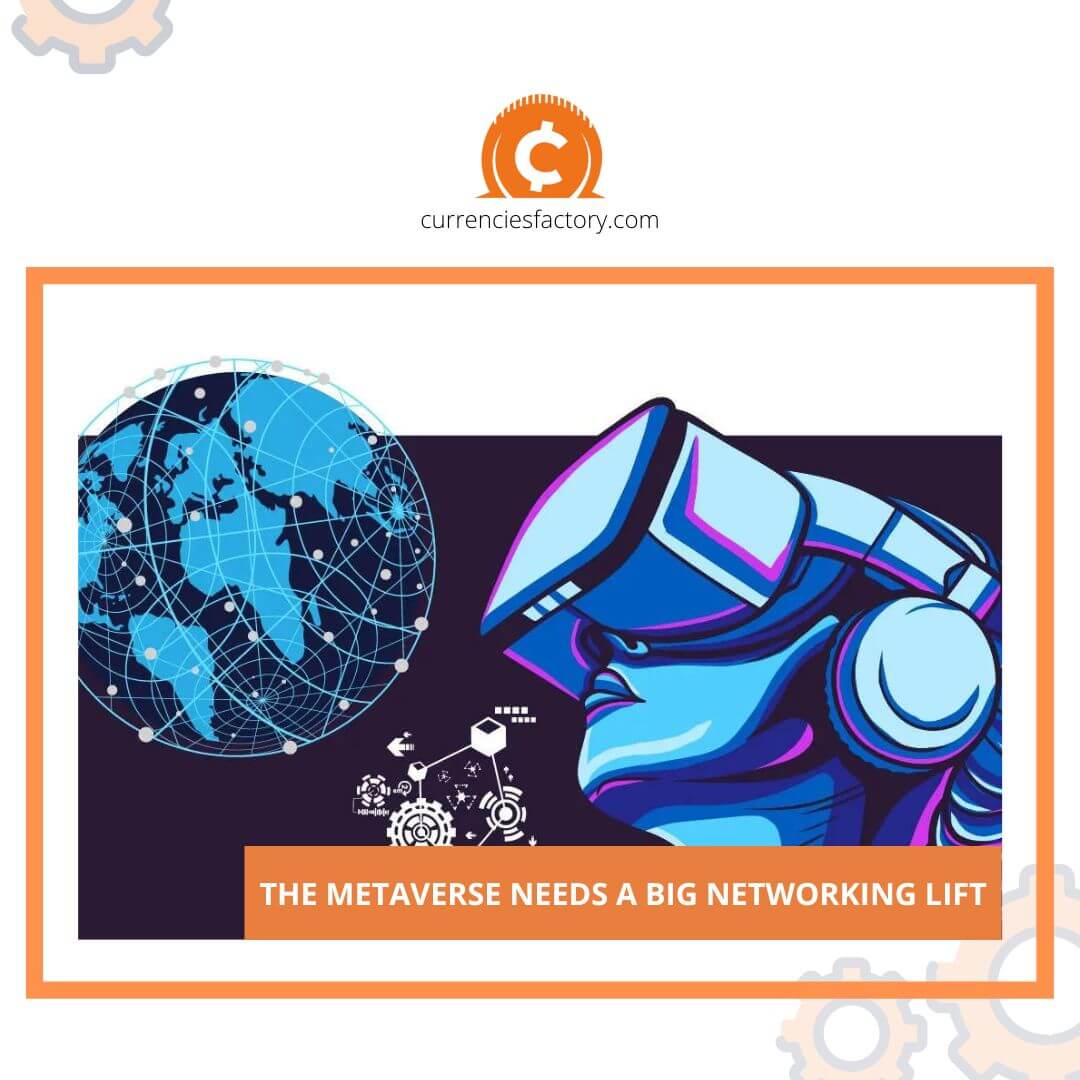 The three carriers, operating in Spain, Italy, and Germany respectively, collaborated under the aegis of the GSMA as part of the Telco Edge Cloud consortium to carry out tests on HoloVerse through the end of 2021.

David Moro, Telefónica’s head of network service platforms, said his company’s goal was to create a new communication service based on the concept.

“Using the TwinWorld platform, we can test the possibility of a real-world metaverse in 5G telco edge cloud,” Moro added.

The focus of finding performant telco edge cloud network architecture to drive metaverse experiences is telling because central to the metaverse story is the demand for lower network latency, and not just by a few more milliseconds.

Meta also wants symmetrical bandwidth as well as the development of a common framework for metaverse networking metrics which don’t yet exist.

Meta has some big assumptions for how metaverse technology has to work to provide an immersive experience, and the “metaverse” concept in general is casting a wider net than just Meta’s interpretation.

Meta also readily admits there won’t be only one metaverse, nor will it control the others.

So, your metaverse mileage may vary, at least when it comes to the cellular networks powering the metaverse.

There’s plenty of room for more headroom from cellular networks, metaverse notwithstanding. 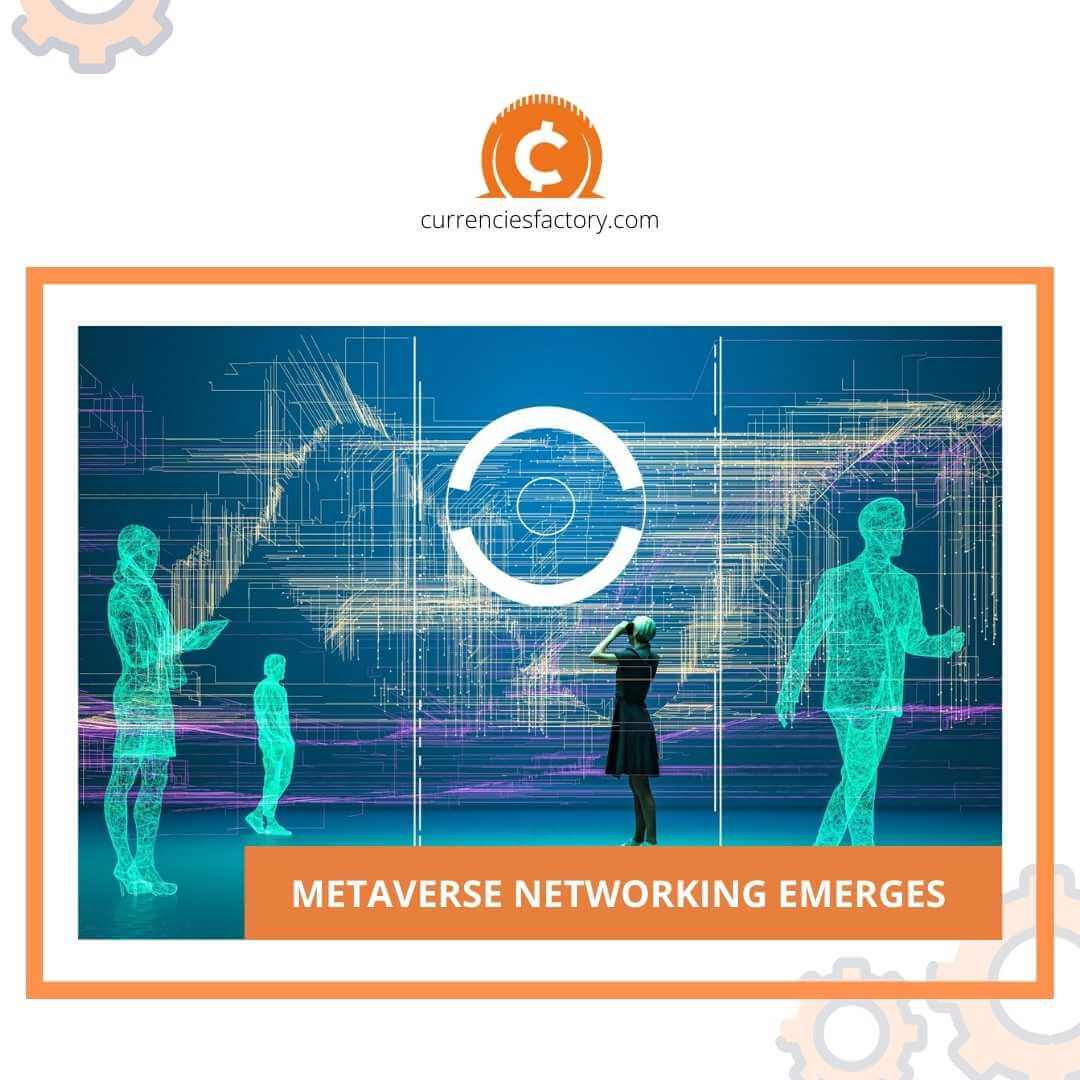 More bandwidth, lower latency, orders of magnitude higher device density support, and network slicing are all features that await once 5G Standalone (SA) is ready to deploy – all foundational to getting next-generation tech like the metaverse to work the way it’s being envisioned.

But so far, network operators have been slow on the uptake.

Limited user equipment, a smaller base of users, and fewer use cases have put a damper on 5G SA rollouts.

Market research from Dell’Oro Group suggested in a July report that supply chain challenges, growing inflation, Russia’s war in Ukraine and increasing revenue pressure from telcos were all working against the deployment of 5G SA networks.

South Korean telco SK Telecom (SKT) isn’t waiting for a common framework or other industry consensus, it’s forging ahead with the development of its 5G metaverse platform called Ifland.

The company launched the service in 2021, aiming it squarely at Millennial and Gen Z-aged users that it thought would be most receptive to the concept.

It’s off to a modest start: SKT revealed during its Q2 2022 financial results call with analysts that Ifland, which recently reached its first anniversary, had garnered 1.63 million monthly active users (MAU) and 8.7 million cumulative downloads.

But SKT has bolder plans for Ifland than just as a virtual playground for its own customers. SKT is licensing the tech for other telcos to use too.

“We are also working for gradual expansion into the global market in the second half of the year through close cooperation with leading telecom companies in major regions, including Europe, North America, the Middle East, and Asia,” said Jin-won Kim, SK Telecom CEO.

The company has already found a partner in DT, fresh from its HoloVerse testing with TIM and Telefónica.

DT and SKT announced a deal in May that will bring Ifland to German customers.

They’re creating a virtual version of a real German city. Live trials of the new service are expected to launch before the end of 2022. - rcrwireless