Stablecoins dropping their peg and Bitcoin’s dip below $30,000 raises fear of a prolonged bear market. Without fail, crypto has a way of humbling even the most self-assured, and this market is definitely not for the faint of heart.

Nonfungible token (NFT) investors have entered what appears to be a bear market, and the recent chaos is also impacting community morale.

Terra’s LUNA and UST-based platforms collapsed, and traders realized that the entire sector could be in a bear market.

Things aren’t as bad as they were in 2018, but the NFT market isn’t as seasoned. Investors are already strapping up for potential future profits and ways to survive the current market downturn.

Week after week, most blue-chip tier NFTs maintained their position in the top 10 in total sales volume despite some floor prices dropping nearly 25% in the last seven days. 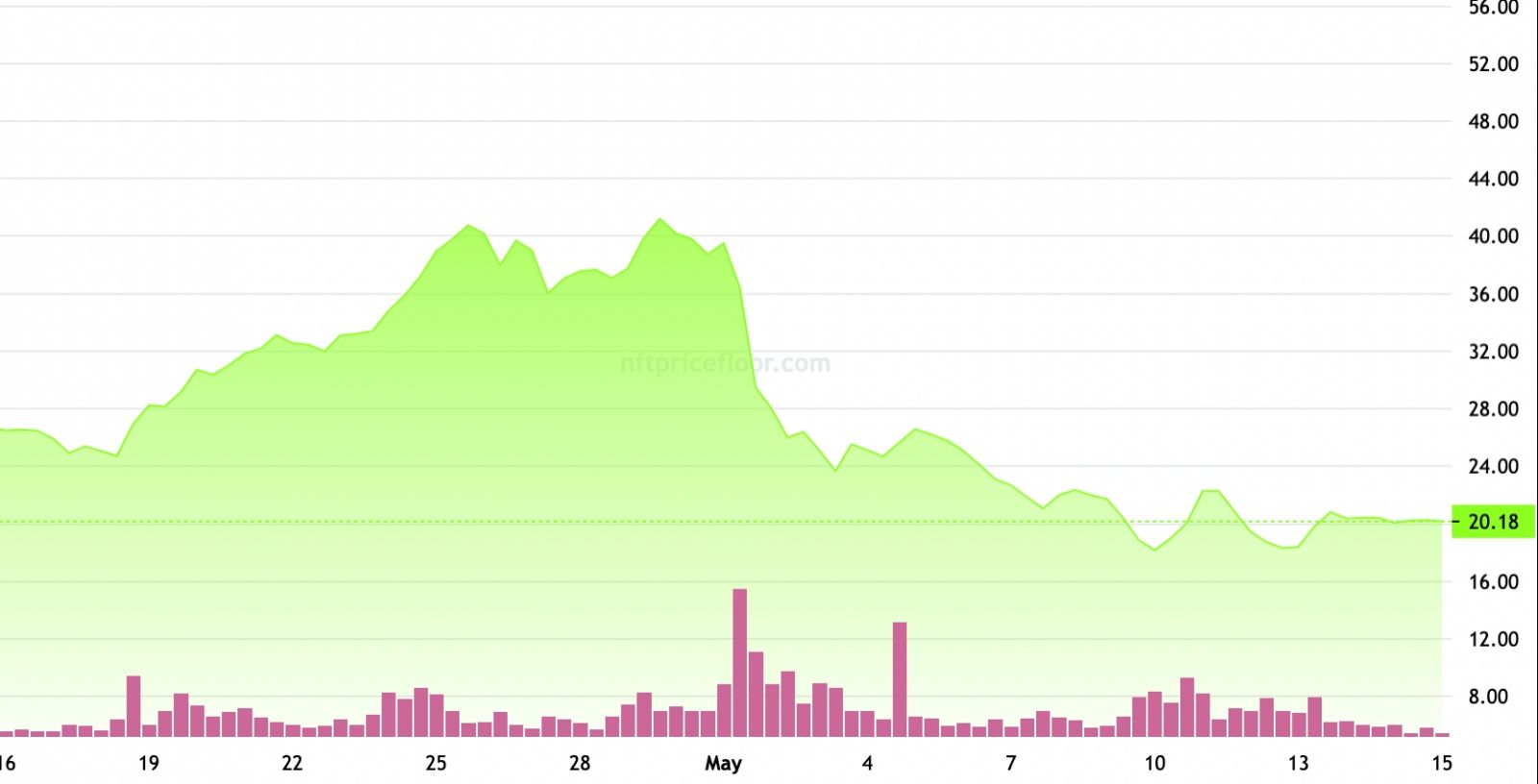 Currently, MAYC is valued at 19.6 Ether, an approximate 53% discount since MAYC's pump was largely due to their eligibility to claim Yuga Labs' Otherside's Otherdeed NFT.

Despite all of the uproar and controversy surrounding the Otherdeed NFT drop, the project remains at the top of the charts in total volume even after a 75% drop over the last seven days.

The functionality of these digital lands is still unclear, and Otherdeed has seen its floor price in a consistent downward trend.

In the last seven days, the floor price decreased by 1.2%, and since minting, the price has dropped 55% from its all-time high at 7.4 Ether.

RTFKT studio’s CloneX floor price has dropped nearly 13% in the last seven days, with volume decreasing slightly over 12%. However, these numbers do not phase the community.

Despite the recent dip, the RTFKT ecosystem is buzzing after celebrating the opening of Japanese contemporary artist Takashi Murakami’s An Arrow through History in New York City.

The exhibit is currently in the Gagosian Gallery, featuring CloneX-inspired pieces along with pieces from Murakami’s first NFT collection, Murakami Flowers. 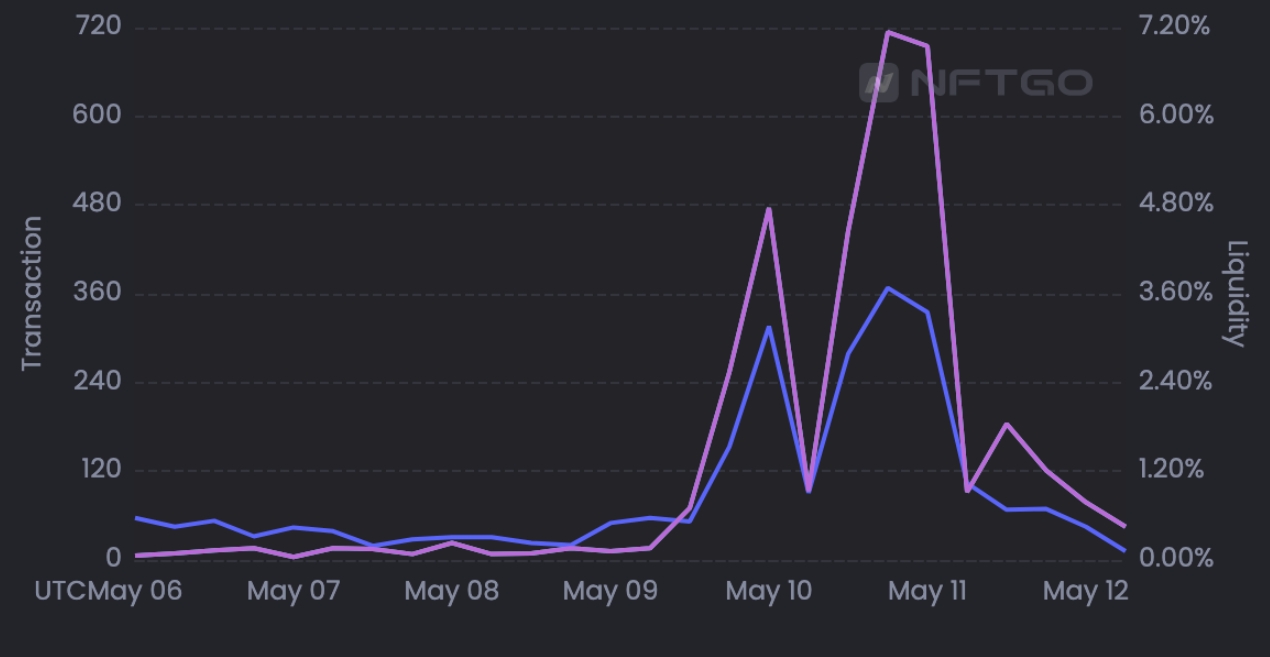 Even with the NFT market cooling, the pricing seems like a blowout sale to some investors looking to capitalize on the news.

As it would turn out, proclaimed blue-chip Azuki NFT took the biggest plunge in light of one of its founders, Zagabond, openly admitting to their tumultuous past plagued with rugging the CryptoPhunks and Tendies community.

NFT Investors Buy The Rumors And The News

As the famous adage goes, traders “buy the rumor, sell the news,” in an attempt to maximize profits. In light of Zagabond’s admission, holders decided to vote with their assets and Azuki’s floor price dipped by 74%.

Even with this volatility, Azuki currently ranks at the top of the charts for total sales volume on OpenSea.

NFTs are still considered the Wild West, but some investors learn that everyone's barometer for morals and ethics is slightly different.

After the news sank in, Azuki’s floor price dropped precipitously, but certain NFT influencers were quick to jump in and sweep the floors for potential future opportunities.

Since May 10, the Azuki floor price has steadily increased above 10 Ether, an impressive 200% increase in total sales volume that occurred after fresh news circulated.

Azuki's partner collection, BEANZ, also took an 83% reduction in its floor price. Despite the 248% surge in volume, BEANZ's total sales volume has decreased by 64% in the last week.

Pre-reveal, BEANZ traded at 6.8 Ether, and this price steadily descended post reveal to their current pricing at 1.65 Ether.

Other anticipated anime-inspired drops have surfaced, such as PXN: Ghost division NFT, which slid into the top of the charts on OpenSea for volume.

Ragnarok Meta also surged for a brief moment in its pre-reveal stage, but rumors that Zagabond was behind the project appear to weigh the price. - Cointelegraph!