Bitcoin Price Gains As Analysis Calls For ‘Near Term Caution’!

Bitcoin (BTC) has a “possibility” of winning back more lost ground this month, but a retest of $40,000 may test bulls beforehand.

After rallying above $45,500 on the back of United States economic data, BTC/USD has since dropped back into the range that has defined it this week.

For Decentrader, the chances of a low-timeframe decline are there, even if on-chain metrics are putting in rare bull signals.

“Bitcoin is at a relatively neutral level with clear zones of resistance and support above and below,” the update summarized. 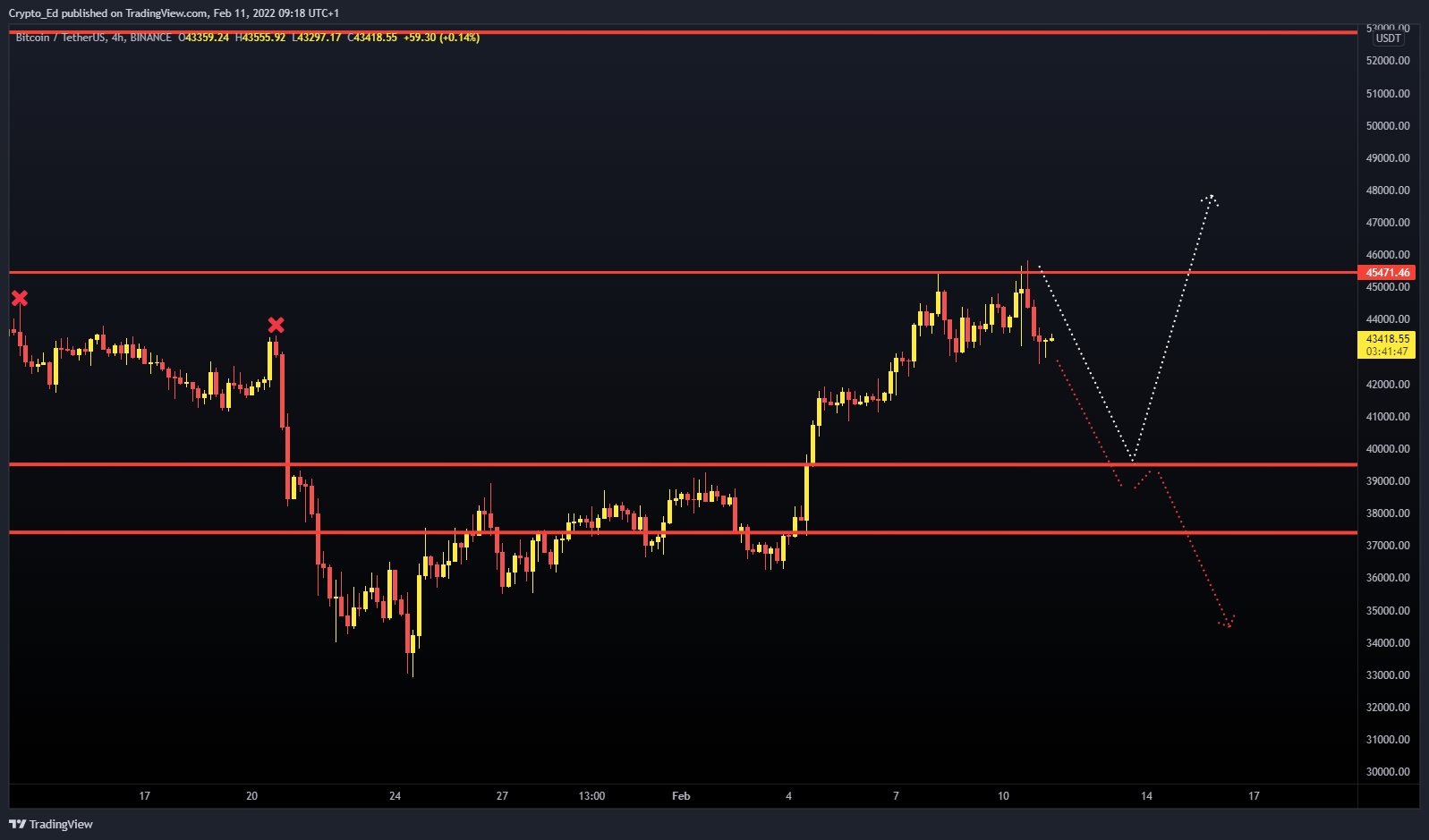 Acting in bulls’ favor is sentiment, now in “neutral” rather than “fear” territory, and encouraging signs from derivatives markets — low funding rates and a negative long/short ratio.

An accompanying chart showed that under such rare circumstances, BTC/USD has gone on to rally three times since late 2020. Funding rates are still overall negative as of Friday, data from monitoring resource Coinglass shows.

“Nothing Changed” On Short-Term Outlook

Moving to the forecast, a downturn could produce a rebound at $39,000 should bulls not be too shaken by the $40,000 mark being broken.

“To the upside, there are resistance levels on either side of the important point of breakdown from the summer crash at $47,950 and $52,660,” the update added.

In the meantime, however, it is yet another case of “wait and see.”

“Expecting a move towards $40k. Bullish scenario indicates a bounce to 48k. Bearish comes in play when we break 40k.”- Cointelegraph!